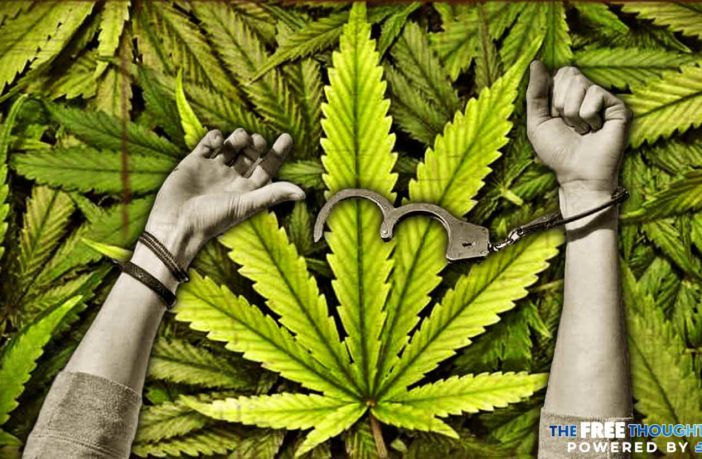 http://www.theeventchronicle.com/good-news/seattle-voids-criminal-records-for-pot-convictions-giving-people-a-second-chance/
Seattle is making a landmark move to wipe out decades of marijuana possession convictions effectively giving a second chance to hundreds of people whose lives were ruined by the drug war.

All too often, homeless or otherwise unemployed people are accused of being lazy or complacent because they do not have a job. However, many of those people don’t have jobs because—thanks to the government’s war on drugs—they’ve become unemployable. Because of a massive and successful backlash against a portion of the war on drugs, however, many of these folks are now getting a second chance.

It is no secret that a marijuana conviction is a blow to individual freedom—even if you were lucky enough not to go to jail or have already gotten out. A drug conviction limits the ability for people to get a job, borrow money, or even find a place to live. This attack on freedom then leads to a function known as recidivism which limits an individual’s choices thereby fostering an environment which will lead to that person ending up back in jail.

The city of Seattle is taking action to help those whose lives have been thrown off track after getting caught by police with a plant. Officials have filed a motion in municipal court that will vacate—retroactively void—all misdemeanor marijuana convictions in the city.

As Fortune Magazine reports, according to a statement from Mayor Jenny Durkan, the request would effect 542 people. The city has also requested the dismissal of outstanding misdemeanor possession charges.

In her statement, Durkan acknowledged the lives ruined by the drug war and went so far as to call this move an “important step to right the wrongs [of]the failed war on drugs.”

Durkan explained how the war on drugs disproportionately effects people of color, who have been far more aggressively convicted for drug crimes than their white counterparts.

“As we see marijuana sold in retail storefronts today, people who simply had a joint in their pocket a decade ago still have a red mark on their records,” Holmes said in a statement. “It’s long past time we remedy the drug policies of yesteryear, and this is one small step to right the injustices of a drug war that has primarily targeted people of color. I’m hopeful the court will choose to clear these charges.

It seems that politicians are finally starting to get the point that former Congressman Ron Paul has been saying for decades.

[Black peope] are tried and imprisoned disproportionately. They suffer the consequence of the death penalty disproportionately. Rich white people don’t get the death penalty very often. And most of these are victimless crimes. Sometimes people can use drugs and get arrested three times and never committed a violent act and they can go to prison for life. I think there’s discrimination in the system, but you have to address the drug war. I would say the judicial system is probably one of the worst places where prejudice and discrimination still exists in this country.

As TFTP reported in December, other states who’ve recently legalized marijuana are making similar moves to right the wrongs perpetuated by decades of the failed war on drugs.

Thousands of Californians are getting second chances as politicians seek to undo the damage their policy of kidnapping and caging people for using a plant has caused over the years.

“We want to address the wrongs that were caused by the failures of the war on drugs for many years in this country and begin to fix the harm that was done not only to the entire nation but specifically to communities of color,” San Francisco District Attorney George Gascon said in February.

Also, as the National Conference of State Legislatures noted, “at least nine states have passed laws addressing expungement of certain marijuana convictions,” and in most of these states, “expungement measures pair with other policies to decriminalize or legalize.”

It seems that the war on drugs has finally begun to unravel, Politicians, desperate to end up on the right side of history are now making the right moves to remedy some of the problems. Unfortunately, however, as Jeff Sessions’ career illustrates, there are still plenty of dinosaurs in suits willing cage people for a plant. So, as we keep winning these battles, it is important to stay on point—because the war is still far from over.

Matt Agorist is an honorably discharged veteran of the USMC and former intelligence operator directly tasked by the NSA. This prior experience gives him unique insight into the world of government corruption and the American police state. Agorist has been an independent journalist for over a decade and has been featured on mainstream networks around the world. Agorist is also the Editor at Large at the Free Thought Project. Follow @MattAgorist on Twitter, Steemit, and now on Facebook.

This article (Seattle Voids Criminal Records for Pot Convictions, Giving People a Second Chance) was originally published on The Free Thought Project and syndicated by The Event Chronicle.